The project for repeat client, Australian Venue Co. (AVC), was a complete building restoration including major excavation, underpinning and extension of existing building to create an exciting new pub venue including new bars and dining areas, including a basement bar, function area, deck and split-level courtyard and beer garden.

Next has a long standing relationship with AVC, previously completing MBA award winning 12-Micron restaurant in Barangaroo, Kingsleys Woolloomooloo, Cargo Bar and Bungalow 8 venues on King Street Wharf and the Beer Deluxe at Sydney Domestic Airport, which had interiors by Richards Stanisich.

The Harlow project was complex because of the age of the bluestone building and involved extensive excavation and underpinning works. Major structural steel components tied to the existing masonry were required to support the proposed layout for the venue’s new bars and dining areas. The new spaces include the terraced courtyard extending from the basement level; a bar of the ground floor, which extends to a deck; and a function room with a bar on the first level.

The scope of works included retaining the heritage façade; a complete strip out of the front section of the building and demolition of the rear section followed by major excavation works to the basement area extending to the boundary at the back of the site.

The beer garden features timber decking, a timber pergola, new block walls with planters, timber banquette seating and acoustic screens on the walls adjacent to neighbouring properties. Also installed were timber framed pivot and bi-fold doors, which open to the terrace on the ground floor and to the basement beer garden. 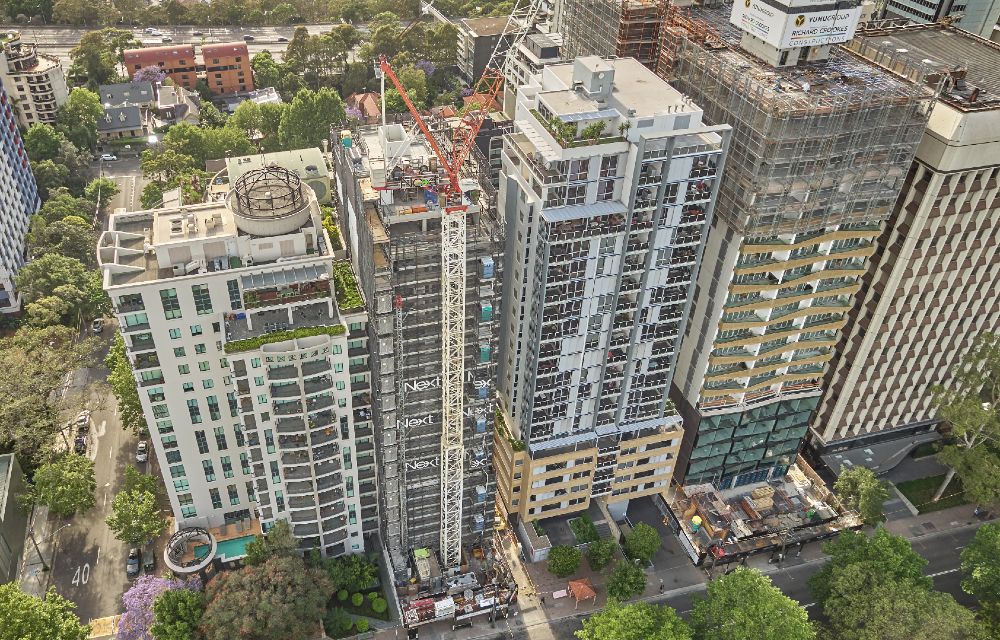